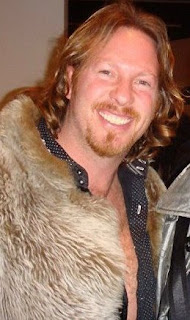 "There are few buttons that Gregory de la Haba's work does not push, few boundaries it does not transgress, few sacred cows and fewer horses it does not upend. The New York City-based artist and provocateur's wild hell-ride of a sculptural installation, Between Nothingness and Paradise, is a sprawling critique of politics, gender, and sexuality, cloaked in the mantle of old-school artistic swagger. To behold the dramatically posed, erotically assertive taxidermic equines at the heart of this formally and conceptually formidable installation is to be awed, attracted, repulsed, intrigued, piqued, and struck plain dumb."
for the full essay by Richard Speer http://delahaba.com/dlh_catalogue_essay.html


Gregory de la Haba and his work were the most talked-about sensation at last year's Art Basel/Miami Beach, with major pieces in both the Miami Herald and the Miami New Times. Gregory is a NYC-based artist, who has long been recognized as an exemplary practitioner of the more traditional asthetics of fine art; accolades and honors have come regionally and internationally and have firmly established the artist as a brilliant draftsman who proceeds with an acute conceptual edge. A cum laude graduate of Harvard University, as well as a star pupil at the Museum School of Fine Arts in Boston, MA; La Universidad del Sacrado Corazon in Santurce, PR; and Artes Plasticas in San Juan, PR, de la Haba's work has been displayed from the giant billboards of Times Square, to Caeser's Palace; and is in many private collections, including The New York Historical Society's permanent collection. 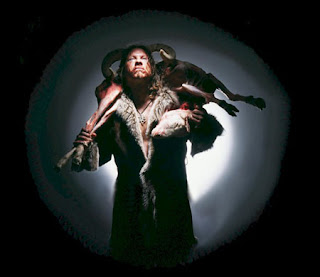 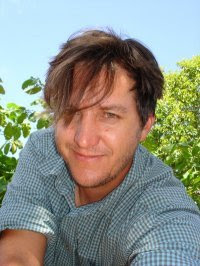 Miami resident Clifton Childree is a filmmaker/artist who in 2003 completed his six-year solo feature film project, The Flew, which Cashiers Du Cinemart Magazine named as one of the top 50 Midnight Movies made in the last ten years. In 2004 Childree received the South Florida Cultural Consortium Fellowship and presented an installation of The Flew at the Miami Art Museum. His recent projects include She Sank on Shallow Bank, a stop-motion animated/live action dance film, Something Awful, a slapstick comedy/gore film co-commissioned by the Miami Performing Arts Center and the Miami Light Project for their 2006 Here and Now Festival and It Gets Worse made with funding from his 2007 Legal Art Native Seeds Grant. Childree is a featured artist in the book Miami Contemporary Artists. Childree was the first recipient of the Hilger Artist Project Award and in September 2008 after working for 2 months installing at Locust Projects in Miami, presented his life-sized amusement park installation, Dream-Cum-Tru.
His films have been screened at dozens of national and international film festivals, as well as museums and galleries, and have won numerous accolades.
http://www.cliftonchildree.com/ 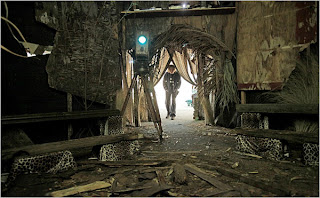 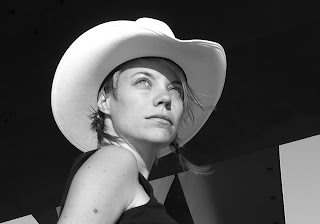 The multi-talented and captivating artist Christina Pettersson was born in 1976 in Stockholm, Sweden and currently lives in Miami, Florida. She has been published multiple times in New American Paintings and Manifest Drawing, and was the most recent Miami Herald Art Basel Competition Winner. Her latest video was chosen for the Museum of Contemporary Art's Optic Nerve XI show. She works primarily in drawing, and also creates video and installation.

"I am examining the notion of self as an evocation of the whole of one's history, not as one lives it in acts of circumstance, but as one's imagination creates it, in the mind and passions. Reality is not simply the world as it exists outside our minds but the product of the imagination as it shapes the world. Because it is constantly changing as we attempt to find imaginatively satisfying ways to perceive the world, reality is an activity, not a static object. We put together parts of ourselves in an attempt to make it seem coherent. To make sense of the world is thus to construct a world view of ourselves thru an active exercise of the imagination....In the end this work achieves what memory and the body cannot, a kind of immortality."

In 2006 she was awarded the South Florida Cultural Consortium Fellowship. In 1999 she returned to her native Sweden as a Fulbright Scholar, attending the Valand School of Fine Arts in Gothenburg. In 1997 Pettersson studied at the Studio Arts Center International in Florence, Italy as part of the study abroad program of the Maryland Institute, College of Art, where she graduated Magna Cum Laude in 1998. Among other grants and awards she received a graduate grant from the School of the Art Institute, Chicago in 1999 and a grant in painting from the Vermont Studio Center in 2008. Christina is in the permanent collections of Martin Z. Margulies at the Warehouse, Miami, FL, Marty & Cricket Taplin at the Sagamore Hotel, Miami, FL, and the Birmingham Museum of Art. Christina has exhibited work at the NADA, PULSE, SCOPE and Chicago Art Fairs, Museum of Contemporary Art in Miami, Birmingham Museum of Art, AL, Baltimore Museum of Art, MD, Rocket Projects, Miami, FL, Carol Jazzar Contemporary Art, Miami,FL, Farside Gallery, Miami, FL, Gallery Geskel, Gothenburg, Sweden, Ayer Lofts Gallery, Lowell, MA, Brent Sikkema Gallery, New York, NY, SACI, Florence, Italy, and the von Liebig Art Center, Naples, FL. She is represented by Spinello Gallery in the Design District of Miami. 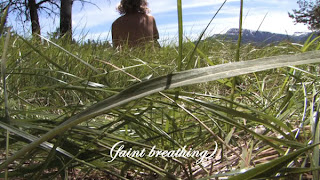 For a recent interview with Christina, see Miami Photo. 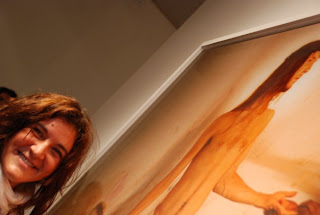 Alexandra Rangel arrived in Washington, DC from Venezuela nearly twenty years ago. Upon receiving her B.A. in Mass Media Art and Television Production, from the University of the District of Columbia in 1999, Alexandra began her journey in the pursuit of the perfect Art Show. While working as a producer for National Geographic, Alex realized that she was dissatisfied with the conservative culture of many of DC’s art galleries and the DC art scene in general; and she sensed that many of the people who wanted to see exciting art by new or upcoming artists, had no options in the DC area. She also understood that many emerging artists, who had a burning desire to show their work, did not have any venues in which to do so. She recognized that she would have to create a space, and Artoconecto was born.
A recipient of the prestigious City Arts Projects grant three years in a row, Alexandra turned Artoconecto from a small, Adams Morgan neighborhood art show, into one of the premier ‘underground’ art shows in Washington, DC. Fifteen shows later, many produced with the help of the DC Commission on the Arts and Humanities, as well as the National Endowment for the Arts, Artoconecto took a three-year hiatus, as Alex moved to Miami, FL, and, with husband Danny Brody, opened Stop Miami. This notorious Wynwood/Design District wine & tapas bar became a local hangout for all manner of creative types, including writers, artists, gallery owners, and collectors, and was a showcase for many local artists and musicians. When it was sold in 2007, Alex formed a partnership with Bakehouse Art Complex to help finance and produce their Wynwood Art Walk openings, culminating, last October, with Miami's first A-B(o)MB. With this year's 'A-B(o)MB II: The Fallout', she will be producing Artoconecto's first art fair concurrent with Art Basel/Miami Beach.
Alex is currently producing 'Arte Kultura', an international art and culture show, for Voice of America Television. She also created and launched the very successful KIDSART, a Saturday morning arts program for kids, this past summer in Miami. Her mission is to continue to nurture and support the creative process, development, and growth, of artists.

Artoconecto presents 'A-B(o)MB II: The Fallout', the second annual juried show of emerging national and international artists that will run during Art Basel/Miami Beach, from opening night preview November 27th, through the month of December. Last year's A-B(o)MB (Art Basel (off) Miami Beach), drew almost 300 entries from around the world, and 39 artists saw their work exhibited at this wildly successful show, with many works sold. 'The Fallout' is Artoconecto's first satellite show in conjunction with Basel/Miami, and will be held at Macy's/Burdine's historic Flagler Street location in the heart of downtown Miami during Basel week. The jury includes artists Gregory de la Haba (NYC), Clifton Childree (Miami), and Christina Pettersson (Sweden/Miami), giving artists a true voice in the selection process. Jury Prize Winner(s) will be announced during Art Basel, with full media and Internet exposure given to all selected artists and their work. Artoconecto is also proud to present, in conjunction with 'The Fallout', The CCCV:Oolite Visual Arts Showcase, for Florida artists under 30, as part of the annual CCCV: Borscht Film Festival. For more info, please visit www.borscht.info or email visualartsubmission@borscht.info

ABOMB II: THE FALLOUT, will explore the dialogue that continues to evolve around the perception of place-internally, externally, and wherever the two intersect. Today's 'American Dream' has its own surreal waking life in art. With its dangerously twisting highways, the American narrative seems to have been building to a booming crescendo, only to end with a flatliner. Or as Texas-born sculptor Joel Ross famously said, "Everything I’m thinking about right now falls under an umbrella of examining a f**ked up place called America." In Miami, a city perhaps more truly American than any other, where the curvilinear skyscrapers with ocean views and thirty-foot balconies mock the more earthbound among us, we are challenged every day to make art out of America. The big question is, will there be a real narrative, one that is pieced together from those bold enough to risk poking their fingers into the whirling machine to remove some tiny, gritty granules of truth?


Artists in all media are encouraged to apply, and we are also accepting proposals for a site-specific piece. Our shows take place in a festive and unique atmosphere, and include live music and performance. This will be our second annual show in Miami, after over a dozen shows in Washington, DC, where Artoconecto was a National Endowment for the Arts Grantee.


Deadline for submissions has been extended to October 30, 2009, with the opening reception to be held on November 28, 2009. The show will run through December.